You are here: Publicaties » Shaped from within: the relevance of human blueprints in mediation (2011, English)

Shaped from within: the relevance of human blueprints in mediation (2011, English)

The relevance of Human Blueprints in mediation

The overall aim of international and cross-cultural mediation is to encourage tolerance and understanding, for example by familiarizing both sides with the narrative of the “Other”[2] while also working towards a common narration of the histories in an area and time of conflict. The concept of the “Other” may help explain an individual’s understanding of the constitution of a society. By distinguishing between the “Self” and the “Other”, a cognitive map is drawn between which individuals, groups or societies are included or excluded from one’s own society. “Othering” is a key process in building constructive relationships[3].

The essence of the latest book of The Arbinger Institute “The Anatomy of Peace: Resolving the Heart of Conflict” is that all too often, in a situation of conflict the stories of the “Other” are excluded or denied, in whole or in part. The New Resolution Group (NRG)[4] makes professionals aware of the fact that there is often an apparent gap in understanding or empathizing with the narratives of the “Other”..

To bridge this gap it is useful to understand how the human brain processes information when people try to manage their emotions, focus their attention, respond, or analyze the behavior of “others”.

A new approach to mediation

In my 30’s, when I attended international mediation conferences, I saw “Eminences Grises” and bright aging professors giving lectures. There were also “artisans and craftsmen” carrying “tool boxes” and lists with tips and tricks for a successful mediation. The leading figures at these conferences were in their 60s, and most of the actual mediation work was done by people in their 40s and 50s. However interesting the subject was, I found it hard not to feel asleep during two day conferences. One of the reasons for the more “senior” age of a mediator was that traditionally the professional base of practicing mediators was their initial profession. The professionals, undertaking the high mission of mediation (doctors, lawyers, psychologists, diplomats and many more) had to be already well-experienced in their original area of expertise.

Another reason was that it seems to be a common belief that some aspects of thinking improve with age. Specifically, older people were believed to show better competencies for reasoning about social dilemmas and conflicts. Moreover, the idea of age-related gains in wisdom is consistent with views of the aging mind in developmental psychology. However, to date, research has provided little evidence corroborating this assumption.[5]

Luckily the international mediation field is becoming more diverse. Mediators today are often younger, hipper and – in another way – more lively[6]. They more easily cross disciplinary boundaries and tend to dislike “fuzzy” words like ‘culture’[7] and traditional concepts such as “the stages of a mediation process”. They complain that many old-style mediators are inclined to treat their clients as ultra-rational creatures because they have difficulty defining and systematizing emotions. Although international mediators focus on many cultural differences in their work, they often neglect the cultural differences between themselves and their colleague mediators[8].

In society there is an increasing interest in “social cognitive neuroscience”.

Students have been drawn to this field from law, psychology, economics, political science and beyond in the hope that by looking into the brain they can help settle some old arguments about how people interact.

In the Netherlands, people are inspired by Dick Swaab’s stance: “we are our brain”[9]. Summarized, his theory is that every human being has a blueprint in their brains. Every orientation - whether sexual, aggressive or else - has its basis in brain structure and function. Does this mean that some people are not suited mediation?

David Brooks[10] wrote an interesting article about neuroscience in the New York Times.[11] He describes the presentation of neuroscientific studies in which researchers showed people from various social backgrounds images of menacing faces. Those whose with low social status parentage exhibited more activation in the amygdala (the part of the brain that associates emotional valence with memory, including fear. Memories associated with fear will cause certain behaviours not to be repeated in order to avoid further fear) than people from high-status families. Brooks also mentions the research of Matthew Lieberman of U.C.L.A.[12], with his staff and students, about what happens in the brain when people are persuaded by an argument.

The University of Haifa studied the reaction of Arabic and Jewish people to images of hands and feet in painful situations. Each culture perceived pain differently. Arabs perceived higher levels of pain overall while Jews were more sensitive to pain suffered by members of a group other than their own. At Princeton University, students scanned the brains of Yankee and Red Sox fans as they watched baseball highlights. When fans saw their own team doing well, the brain regions known as the ventral striatum and nucleus accumbens were activated. This may explain how tribal dominance tensions are processed in the brain.

It seems that many of the studies point out that when people suffer when they see members of their own group endure pain, but the suffering level is much lower when seeing members of another group experiencing pain. Do these effects form the basis of prejudice? The answer is not easy.

The relevance of social cognitive neuroscience for mediators

All of these studies could potentially play a significant role in current and future mediations and in discussions on mediation. Applying the studies to mediation, they demonstrate that mediators have to be expert in reading social signals and aware that any negotiation or mediation theory that treats individuals as discrete decision-making creatures is no longer valid. An inspiring outcome of the studies is that even though most human reactions are fast and automatic, people still have a degree of free will and control.

When people make decisions, both they and their mediator think they are in control and are making rational choices. But are that really true? Especially in a conflict situation, consciousness is too slow to determine what happens inside the brain. A mediator equipped with basic neuroscientific knowledge can change the lenses through which clients unconsciously construe the world[13].

The social cognitive neuroscientific studies and the renewed attention for “Othering” and self-deception will one day give conflict resolution practitioners new factors, which may replace traditional but misleading categories like ‘emotion’ and ‘reason’. The traditional mediation approach[14] enriched by the studies and the work of The Arbinger Institute shows that when people are provided with a strategy, such as reminding them to be racially fair or to avoid sexual harassment, it is possible to manage their urges, perceptions and behaviour .

An interest in neuroscience and “out of the box thinking” will give mediators a firmer understanding of motivation, equilibrium, sensitivity and sub-conscious capacities.

The auspicious synergy between hard sciences and social sciences will focus attention on the power of human attachments and assist mediators to help people see themselves as they really are.

Mediators need to be aware of the objective and subjective aspects of communication. Due to the neuroscientific studies, objective behaviour is observable and describable. The subjective aspects are private to the parties and not willingly expressed unless the mediator is a good peacemaker and truly cares about his clients...

[1] Annette M van Riemsdijk is a Dutch lawyer, an international mediator and mediation trainer, Managing Director of the New Resolution Group and Adjunct Professor at the University of Utrecht. She is author of several articles and books. She is a member of the Advisory Council of the Dutch Mediation Institute, Mediators beyond Borders and the Global Negotiation Insight Initiative. She is Director Emeritus of the International Mediation Institute.

[2] The concept of the “other” was coined by the German philosopher Georg Wilhelm Friedrich Hegel and was applied among others by Edward Said in his book Orientalism about false assumptions underpinning Western ideas regarding the Middle East.

[4] The New Resolution Group (“NRG” pronounced as Energy), headquartered in the Netherlands has international operations all over the world. NRG helps organizations, families, individuals, and communities prevent and solve conflicts. NRG professionals share a profound knowledge of conflict theory and human understanding. NRG offers people effective options for settling their differences of all kinds. Clients range from individuals seeking help in their lives to large companies and governmental institutions in the world.

[7] Where it is notoriously difficult to define the word ‘conflict” it’s even more difficult to give a sound definition of the word culture. At its most basic level, however, culture refers to a group's or community's common experiences and perspectives. These may include such things as values, manners, norms, dress, language, institutions and beliefs. For a mediator in the international, transnational or cross-cultural field, familiarity with how cultural differences manifest themselves is crucial. Although a nationality does not necessarily determine the attitudes and behaviour that a party will bring to the mediation table, it can provide the mediator with valuable guidelines as to which negotiation strategies are more likely to work and which are more likely to end in failure. Cultural differences can lead to derailment of productive talks even when both parties negotiate in good faith. In my opinion, it is of the utmost importance to avoid situations in which culture shock can turn into mediation failure. By acquainting themselves with the various culturally-grounded expectations of each participant, well-prepared mediators can avoid misunderstandings and communicate more effectively. However it is very important to have some understanding since culture is embedded in every conflict.

[8] One of my goals of initiating the International Mediation Institute (IMI) was creating mediator transparency and international practice standards.

[9] Dick Swaab is an internationally-renowned researcher in neuroscience. He received numerous awards and published over 470 scientific papers. He served as a director of the Netherlands Institute for Neuroscience, the Netherlands Institute for Brain Research and the Netherlands Ophthalmic Research Institute. Swaab is also professor at the University of Amsterdam’s Department Anatomy and Embryology. His teaching commitment is neurobiology. Research interest: sexual differentiation and aging of the brain, depression, Alzheimer’s disease. In 2008 Swaab received the Academy Medal for his significant role in (inter) national neuroscience.

[10] David Brooks is an author, commentator and New York Times Op-Ed columnist. He has been a senior editor at The Weekly Standard and a contributing editor at Newsweek and the Atlantic Monthly.

[13] See also: Dan Ariely, “The upside of irrationality. The unexpected benefits of defying logic at work and at home”, Harper Collins, 2011

[14] Mainly based on the theory of Roger Fisher, William Ury and Bruce Patton as described in “Getting to Yes. Negotiating Agreement Without Giving in” Second edition Penguin books, 1991 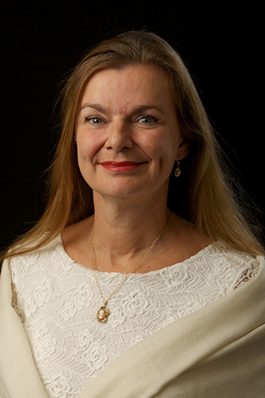